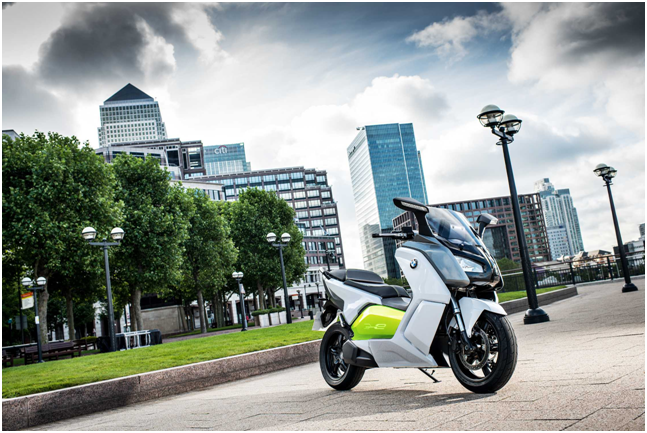 Humanity has always invented something to make life easier. Initially, these were stone axes and clubs, and with the invention of the wheel, the first technique appeared. Nowadays, of course, human thought has gone quite far ahead of the wheel, but bicycles are still invented quite regularly. As well as airplanes, ships, trains… Today, you will learn about the latest innovations from the world of technology, which will surely surprise you and your loved one and may even be useful to you someday!

BMW is preparing to launch its own electric scooter

It seems that for many well-known car manufacturers, creating their own branded two-wheeled electric vehicle is becoming a certain trend. Auto giant BMW is no exception, as they promised to launch the production of the futuristic BMW Motorrad Definition CE 04 just in a few months.

CE 04 is the result of an attempt to create a smart vehicle for city movement, although its appearance can evoke a smile. At its bottom, the e-bike is equipped with a flat battery, which provides a drive of 120 kilometers. Under the oblong bucket seat, there is unusual baggage storage where, for example, you can put a helmet. The function of the dashboard is performed by the display. An important design feature is the suspension parts that are intentionally left open. CE 04 is equipped with a built-in navigator and an on-board computer displaying the technical condition of the scooter.

Also, there is a special interesting accessory – the smart driver’s jacket. It is made of waterproof material and has light-emitting diodes integrated into its sleeves and hood. An additional option is a wireless charger for a smartphone in a jacket pocket.

Engineers at the Massachusetts Institute of Technology have completed work on the second generation of the automatic robot boat, called the Roboat II. It was designed for the Amsterdam authorities who needed a fleet of small autonomous multipurpose watercraft. With their help, the authorities want to make more efficient use of the numerous canals that can be turned into busy waterways.

Instead of sending a rowboat or jet ski deliverymen, it is much more profitable to entrust the cargo delivery to a small floating robot. A fleet of such robots in cities with multiple channels can accelerate the transportation of numerous cargoes with minimum expense because the robots always choose the best route. Unlike habitual boats, Roboat II does not have the classic prow and stern; thus, it can move in any direction and quickly maneuver so as not to create traffic jams on the waterways.

One of the promising directions for the development of robo-boats is the water taxi. For this, engineers are already developing an enlarged version of the autonomous boat up to 4 meters long, which can carry 5-6 passengers at a time. This is an interesting idea for tourist development in a city with many canals. Just imagine you and your loved one starting a date in Venice in such a quirky water taxi. Most single Ukrainian women on godatenow.com just dream of such a beginning of a romantic evening!

One of the interesting novelties of the Kawasaki company is the unmanned three-engine K-Racer helicopter. The upper 4-meter whirling wing is almost no different from a conventional helicopter rotor, the blades of which can change the angle of inclination depending on the flight mode.

The K-Racer feature is the absence of a tail rotor, which functions – yaw control and torque balancing – are performed by two horizontal motors at the ends of short wings. They also allow the helicopter to fly horizontally at a higher speed than many conventional helicopters do.

At the moment, the K-Racer is a prototype demonstrating the possibilities of new technologies. During the tests, the helicopter showed stability in control, which will be taken into account when creating vertical take-off and landing vehicles.

The Japanese have developed an inflatable scooter that weighs almost nothing

Engineers at the University of Tokyo have created an inflatable e-scooter called Poimo, which is developed for each owner on an individual basis. All you need to do is to send your photograph to the authors, and they will make an optimized scooter model for you!

The Poimo scooter is created with the help of a special computer program and adjusted to the body size of each individual. Furthermore, every user is free to introduce any amendments to this model. If a person makes some changes to the drawing, the program automatically introduces modifications in the design of the scooter to preserve its controllability, stability, and strength. When the scooter model is already finished and approved, it is conveyed to the manufacturer.

The Poimo is composed of seven separate inflatable sections that are made from durable fabric. Also, the scooter is accomplished by a brushless motor and a lithium-ion battery. The finished scooter weighs approximately 9 kg and can ride at speeds up to 6 km/h. You can buy such a scooter for you and your beloved person and, thereby, add variety to your pastime!

Harley-Davidson is going to launch its first e-bicycle

Harley-Davidson is preparing to market its first e-bicycle – the Serial 1. It will go on sale next March. The Serial 1 will have thick white tires, a relatively thin black frame, a leather saddle, and most importantly, belt driving.

The name of the electric bicycle is a reference to Serial Number One, the nickname for the very first Harley-Davidson motorcycle, released in 1903. Serial 1’s design is aimed to highlight the resemblance to its distant ancestor. The company does not disclose any information about its brainchild, but it is already clear that the electric bicycle will have a central motor, internal wiring, belt driving, integrated battery, and the same elements of the lighting system.

Harley-Davidson does not name the price of the electric bicycle, but according to various estimates, it will most likely amount to several thousand dollars.