Dfives
Home Life Style ALTBalaji unveils the poster of their next, The Married Woman 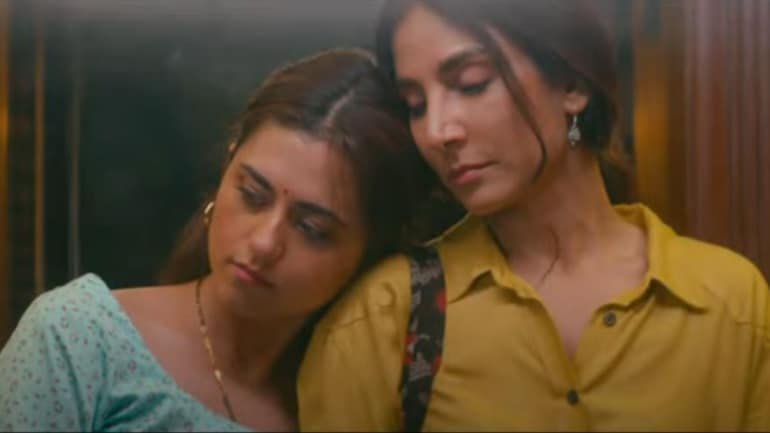 Quite recently, the makers of The Married Woman web series took to Instagram to unveil the poster of their show. They captioned, “What is love? A question we ask ourselves, until we meet the RIGHT ONE.

Astha finally felt love when she crossed paths with a kindred spirit, a soul that connected with hers. Astha found herself, when she found Peeplika.

Episodes out on 8th March.

With the release of the poster, ALTBalaji has grabbed the attention of their viewers. Not only did they receive immense love for their bold storyline but also managed to raise everybody’s curiosity. In short, the poster became an instant hit!

I_am_devil_0143: Love is word they have no word to describe them ❤️

Udit_tuli: We all are waiting finaaly coming we all are excited thank u yupp?????

Sharma__sangam: Excited for this new show that definitely eye catcher right now. Seems like something different concept this time happening

Starring Ridhi Dogra, Monica Dogra, Suhaas Ahuja, Rahul Vohra, Ayesha Raza Mishra, and other popular actors, The Married Woman is a story based on ManjuKapur’s novel. It is an unconventional plot that shows how the leading ladies, Astha and Peeplika rise above social norms to find love. It will be quite interesting to witness the budding romance between two women who fight the odds despite the pressure of their different backgrounds, be it the caste or the religion. Through the show, ALTBalaji will break the myths and taboos associated with the concept of homosexuality.

One of the leading actresses, Ridhi Dogra was said to Indian Express, “It’s not just a story about two women and same-sex relationship, it’s much more than that. As an artist, I really didn’t have any inhibition. I was sure if anyone must make such a show it should be coming from Ekta because she is truly a boss babe. I think this is a huge opportunity for me, great space and I am so glad that I waited so long for this one.”

On the scale of one to ten, who’s excited to catch the phenomenal tale of these two women on ALTBalaji? We know that you all are!.Bus ab thode hi waqtkibaathai. The series will stream on 8th March exclusively on ALTBalaji. Crashh& Bekaaboo season 2 are next in ALTBalaji’s Feb’21 release line up.

How to Host a Small and Intimate Party

Beauty through the eyes of designers