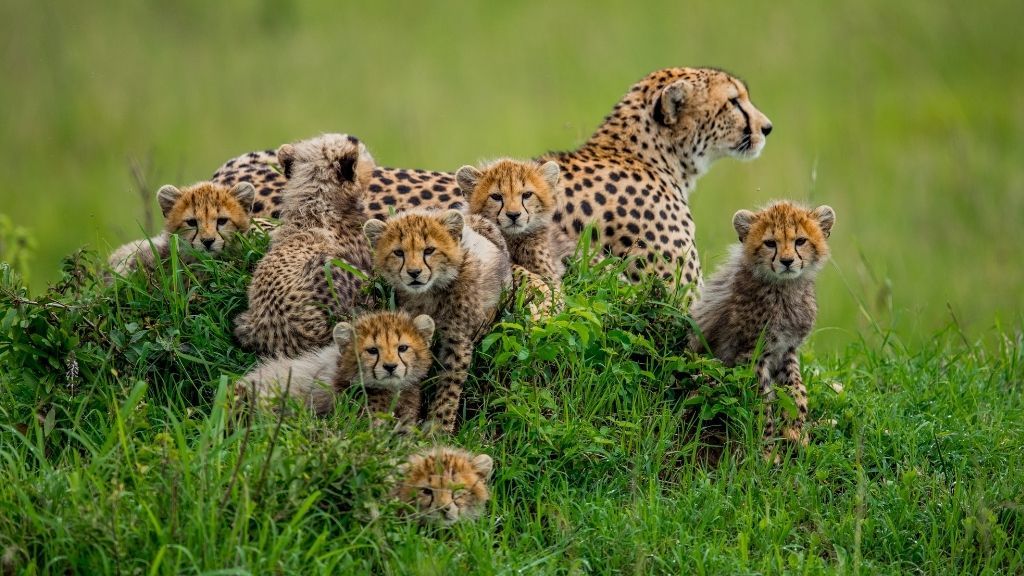 The cheetah is a magnificent animal, known for its incredible speed. But there is much more to these feline creatures than meets the eye: from their habitats in sub-Saharan Africa to their unique diets and their cubs, explore the fascinating world of the cheetah and discover why they are one of nature’s most impressive creatures.

What is a Cheetah?

Cheetahs are the fastest land animals on Earth. They can run up to 70 miles per hour! Cheetahs live in sub-Saharan Africa and are closely related to other big cats, like lions and tigers.

How Big Are Cheetahs?

Cheetahs are the fastest land animals on Earth, capable of running at speeds of up to 70 miles per hour. They are also one of the largest cats in the world, with males weighing up to 150 pounds and females up to 120 pounds. Cheetahs are found throughout sub-Saharan Africa, where they live in open grasslands and woodlands.

What Does a Cheetah Eat?

A cheetah’s diet consists mainly of small to medium sized antelopes. Cheetahs will also eat hares, rodents, birds, and reptiles. In captivity, cheetahs have been known to eat livestock such as sheep and goats.

When hunting, cheetahs will stalk their prey until they are within 50-100 yards. They will then run at full speed and use their powerful front legs to trip their prey. Once the prey is down, the cheetah will suffocate it by biting its throat.

How Fast Can a Cheetah Run?

A cheetah is the fastest land animal, capable of running at speeds up to 70 miles per hour. The cheetah is a large cat of the Felidae family that inhabits most of Africa and parts of the Middle East.

The cheetah is built for speed with a slender, long-legged body, flexible spine, and enlarged heart and lungs. The animal can accelerate from 0 to 60 miles per hour in just three seconds.

There are several factors that contribute to the cheetah’s incredible speed. First, the animal has great muscular development throughout its body, especially in its hindquarters. Second, the cheetah’s claws are semi-retractable and provide extra traction when sprinting. Finally, the animal has a large stride length due to its long legs.

While the cheetah is indeed the fastest land animal, it should be noted that it cannot sustain its top speed for more than a few seconds. After a short sprint, the cheetah must rest for several minutes to catch its breath and allow its muscles to recover.

Conservation of the Cheetah

There are only 7,100 cheetahs left in the world. The majority of them live in sub-Saharan Africa. Cheetahs are the fastest land animals, reaching speeds of up to 75 mph. They are also the biggest cats in Africa, weighing up to 150 pounds.

Cheetahs are endangered due to habitat loss and fragmentation, as well as hunting by humans. Conservation efforts are underway to protect cheetahs and their habitat. One such effort is the Cheetah Conservation Fund, which works to educate people about cheetahs and promote conservation policies that will help save these beautiful animals.