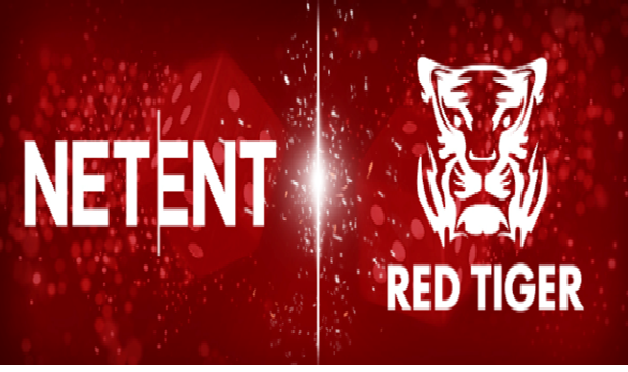 The entire gambling industry is at a crossroads as we head into 2020. And it is a complicated tale of two halves. On one side is the ailing casino and betting shop business, and on the other side we have the wildly successful and rapidly expanding online gambling (iGaming) business.

The phenomenal growth of online betting has forced traditional betting firms and Vegas casino groups to sit up and take notice in recent years. Changes in gambling laws in key markets have also forced the issue.

For instance, in the UK, recent regulations have put a very low betting limit on Fixed Odds Betting Terminals (FOBTs) at just £1, down from £100. This drastic change in their main income generator has forced big companies like William Hill to look online.

Across the Atlantic, another epoch-defining change came with the legalization of online sports betting in the world’s biggest economy. This has led to a scramble for a piece of the lucrative American sports betting market, resulting in some eye-watering deals and acquisitions

In the world of casinos, Genting Group from Asia needs no introduction. With over 40 casinos in the UK, they are the biggest company in that market. Genting also has resorts and properties in the US, notably the Resorts World casinos.

Despite their massive offline presence, Genting has been looking at a meaningful foray into the online casino business. They already have an iGaming version – the GentingBet casino. To further bolster their online business, Genting recently acquired Authentic Gaming for around $17 million.

Owned by the Swedish LeoVegas gaming company, Authentic specializes in running live dealer games. With the rise of online gambling, live dealer games have become a huge craze. With this deal, LeoVegas earned an ROI of 100%.

With both companies working in the same sector – online casino game development – this deal was all about consolidation and synergy. Netent is a brand with a huge fan following across the online casino world, due to their amazing selection of high-quality video slots.

Red Tiger is a brash new entrant to the gaming vendor business, having started operations only in 2014. But their catalogue of games, including popular slots like Well of Wishes, Mystic Wheel, Jackpot Quest, and Thor’s Lightning convinced Netent to make a move.

The deal is worth a reported ￡200 million, with Netent also paying out a further ￡23 million over the coming years. Red Tiger will continue to operate as a sub-brand of the Netent family, churning out even more innovative slots in the coming years.

This massive deal made in October 2019 seemed like a cosmic event in the online betting industry, creating massive waves and ripples. Flutter Entertainment was a British betting giant born out of a 2015 merger between Paddy Power and Betfair. They also own the US online sports betting brand FanDuel.

Stars Group is a Canadian online gambling company, formerly known as Amaya. Their biggest brands include PokerStars, Sky Betting, and Full Tilt Poker. Their merger with Flutter resulted in the creation of a true behemoth with stakes in both online and offline casino gambling and sports betting.

The merger created a company worth around $9 billion, with a presence in over 13 countries. By many accounts, this is the biggest gambling company in the world at the moment,

DraftKings to go public in 2020

The US fantasy sports and the betting giant is currently undergoing a spot of restructuring in preparation of an IPO which is slated to happen later this year. The motions include a merger with SBTech and Diamond Eagle. While the former is a sports betting tech firm, the latter is a special purpose acquisition company founded by Hollywood executives.

The newly formed company will be called DraftKings Inc, based in Nevada, and traded on Nasdaq with a new ticker symbol. The deal is expected to push the valuation of DraftKings north of $3 billion, making it one of the bigger brands in the US sports betting market.

While these online casino and betting brands throw around sacks of money on acquisitions and mergers, they are also paying out huge salaries and incentives to their top executives. For instance, Flutter CEO Jeremy Peter Jackson gets to take home a cool ￡1.6 million a year.

That is just a shade over the average pay for CEOs in the gambling industry. Kenneth Alexander (GVC Holdings), Rafael Ashkenazi (Stars Group), and Timothy Wilmott (Penn National) are all gambling executives with million-dollar salaries.

It’s a wonder how these executives make such an enormous packet with the free offers their brands throw around. But that is not all! They also make anywhere from $7 million to $20 million from incentives and other bonuses.

But all that pales in comparison to one particular CEO in the online gambling business – Bet365’s Denise Coates. A co-founder of the company, Denise regularly appears on the top of the list of highest-paid executives in any sector in the UK.

Best paid lady in the world

In 2019, she was paidan eye-watering $424 million, breaking the earlier record of $363 million, also held by Coates. All told, Denise Coates has earned more than a billion dollars in her stint as founder-owner and CEO of Bet365.

What’s in the Future?

The sheer amount of money making the moves in the gambling business tells you a lot about the future of the industry. There is a change in the air and companies are desperately trying to adapt to a more online-dominant industry of the future. Billion-dollar deals have become commonplace in such a scenario. This will likely continue for the near future.