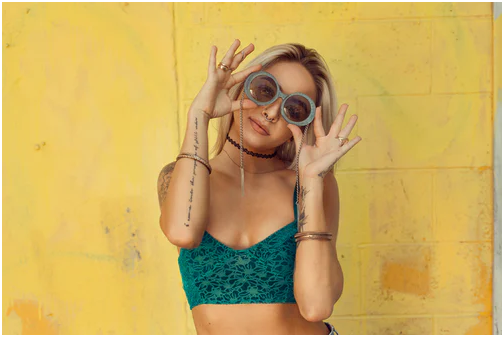 Everyone has a favorite piece of clothing. Hijabs are a form of clothing that many Muslim women worldwide wear to express their identity. In the Qur’an, the term Hijab refers to the partition or the curtain that screens one individual from another.

In modern times, Hijab refers to the scarf that Muslim women wear around their heads. They are one of the most trending clothing pieces that come in various types, designs, materials, and colors for women to choose from. Like any other e-commerce products bought nowadays, people prefer purchasing a fashionable hijab online for their vast collection.

A hijab is a shawl or a scarf that usually covers a woman’s neck, shoulders, and hair. It is a special piece of clothing for many Muslim women as it represents privacy, modesty, and mortality.

Reasons to Wear a Hijab

Initially, the practice of wearing a hijab started with Muhammad, Islam’s most important prophet asking his wives to wear hijabs to set them apart from others, indicating their special status. In modern times, Muslim women choose to wear hijabs for many reasons.

1) Wearing a hijab is seen as a sign of passage to adulthood.

2) The hijab helps them identify themselves as Muslims and show their cultural pride and ethnic identity.

3) Many wear hijabs to honor and value the local and family traditions.

4) Wearing a hijab is a resistance to the standards of feminine exposure.

5) Many believe that Hijab is ‘fardah’ or an act required to be done as it is the will of the Creator of Heavens and earth, the Allah Almighty.

6) Wearing a hijab protects the women’s physical and spiritual light as it is an Imani act or an act of faith.

7) A hijab gives the woman control of her body, making her feel strong and empowered.

8) By wearing hijabs, women need not follow what society considers as pretty and fashionable. They can be a leader and make their own choice of fashion.

9) Wearing a hijab helps people focus on the women’s intellect and talent and not their looks.

10) It helps inculcate one of the essential values of modesty in both men and women, assisting people in living in society peacefully.

Types of Hijab or Islamic Veils

In the west, a hijab is often understood as being a ‘headscarf’. However, there are different styles that the Hijab comes in and different ways to wear them.

There is no uniform style with which the Hijab is worn all across the world. These are available in traditional or fashionable colors, in various patterns, fabrics, and techniques for the women to choose based on their personal preference. Commonly, a hijab covers that neck, shoulder, and hair, and not the face.

A Shayla is a rectangular, long scarf wrapped around the head and pinned or tucked at the shoulders. It is often used interchangeably with Hijab but is not necessarily the same.

A Niqab is a veil worn along with a headscarf covering a woman’s face, hair, and neck completely, only leaving a slit for her eyes. It usually comes in black and is a loose garment that is worn over the dresses.

A burka is one of the most conservative body-covering attires, covering even the eye with a crocheted mesh kind of fabric. The burqas are available in black, blue, brown, green, or white all across the world.

An Al-Amira or Al-Ameera is a two-piece veil that is sown using a close-fitting cap made of cotton or other lightweight material and a tube-shaped scarf that fits tightly around the women’s heads.

One of the most recent creations is the burkini which is a modest swimsuit. It is light and covers the whole body except the face, hands, and feet, making it comfortable for swimming and other aquatic activities.

There are many more types of hijabs worn worldwide, including a khimar, chador, esarp, tudung, battoulah, boshiya, jibab, and a dua guan. Women who want to express their Muslim identity through fashion can easily buy a Hijab online.

8 Big 2022 Fashion Trends That Are Already in Your Closet

5 Ways To Master Your Curly Hair