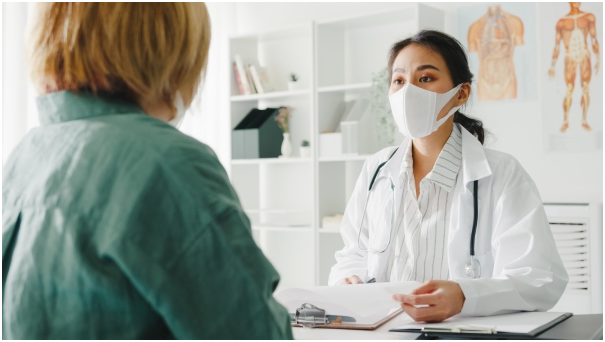 One of the most rewarding jobs out there is that of a physician. Besides having a tremendously high salary when compared to other professions, physicians are rewarded not just financially, but morally as well, devoting their time to saving others.

A physician is a doctor that has earned a medical degree, which means they have been extensively trained in diagnosing, treating, and preventing various health conditions. When you think of an accredited doctor, such as a surgeon, dermatologist, or pediatrician, then you’re thinking of what would be called a physician.

Despite the many attractive prospects that becoming a physician would offer, the truth is that being one is not easy. Physicians work long hours, receive night calls that they can’t ignore, and are frequently placed in unpleasant, high-stress situations, such as having to urgently deal with a patient’s troubles.

It doesn’t stop there, either. An estimated 3 out of 10 physicians got sued at least once in their careers, while 1 out of 10 have been sued several times. Even though the US as a whole is quite sue-happy, physicians definitely receive the shorter end of the stick.

The primary duties of a physician does not just consist of diagnosing and treating health-related issues, but also providing their patients with education on the matter. The best physicians don’tjust fix health conditions, but also offer a holistic approach to their treatment, putting their patients at ease with kind words of comfort and reassurance.

How do I Become a Physician?

If you’re thinking about becoming a physician, then we wholeheartedly encourage you, as it’s a very noble profession that benefits the lives of many, let alone yourself. You’d be wise to understand, however, that the road to becoming a physician is very difficult and paved with obstacles

Let us explain. Physicians require 11+ years of experience before being able to count themselves properly qualified. That’s 4 years of college you have to go through for starters before preparing for admittance into medical school, which is difficult in itself.

Medical school comes with a fee of about $200,000 or more depending on where you live and requires 4 years of attendance to gain a diploma. A lot of budding physicians give up halfway through medical school, citing stress and burnout as the main reasons.

Admittance into medical school can be nerve-racking as well, as there are thousands of talented youths looking to fill the very same vacant positions you’re clamoring over. This is foreshadowing the career of a physician, who will find themselves confronted with a lot of competition.

It doesn’t end there, either. Medical school isn’t the end of the journey; residency is. Residency training is a period of time in which you’re supposed to work under a more knowledgeable and established physician in order to gain valuable hands-on experience. On average, residency lasts between 3-4 years.

What do I Need to Get Hired as a Physician?

If you’ve finished your residency training and feel ready to take on the world, then you should put that optimism to good use by preparing to land an awesome job. Finding a position as a physician is not too different from applying to any other job – you’ll need a great CV, a letter of intent, and a lot of skill.

This includes anything from your CV, which has to be tailored to perfection, as well as a letter of intent that accurately expresses the reason why you’re applying for that job and why you’d be the right fit. Don’t just prepare a generic CV and apply for jobs left and right; you need to adapt your professional portfolio to the job at hand for a good chance of succeeding.

Although at this point in your career you’re highly unlikely to give professional medical advice that is going to be broadcasted on TV to millions of people, what you can do instead is establish a solid online presence. Get your name out there so everyone knows of your skill in your field of specialization.

Marketing is the name of the game. The more trustworthy and experienced you are, the more you’re going to attract worthwhile interest from a variety of potential employers, such as hospitals, clinics, or universities.

The average salary for a generalist Florida physician is around $200,000 per year. If that’s not a reason for you to consider becoming a physician, then we don’t know what is. The road might be hard, but there’s light at the end of the tunnel.

Just got out of residency?You’ll be glad to hear there’s a huge amount of vacant physician jobs in Florida that need to be filled. If getting hired by your former place of residency is not an option, then don’t despair, as there’s plenty of fish in the sea.

How Lighting Can Enhance Your Mood, Productivity, plus Health