Dfives
Home Sport The Ins and Outs of Fantasy Sports 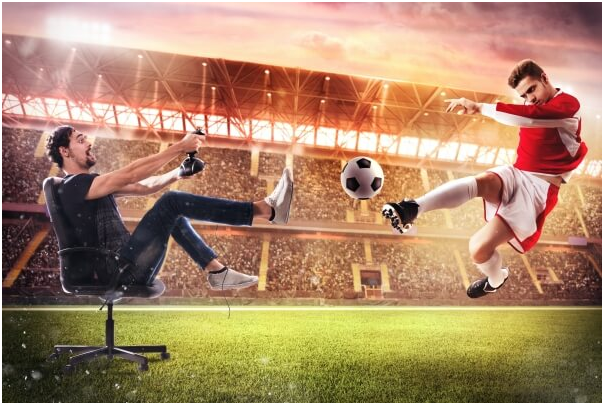 If you’ve been to just about any sports match these past couple of years, or if you’ve watched almost any major sporting event during the pandemic, then you’ve probably heard about fantasy sports.

The 2010s were absolutely wild when it came to sports. Fantasy sports rose along with virtual sports to be the hottest things in this domain since cable TV and fiber-optic internet. But what are fantasy sports exactly? We’ll get into that and a little more right away.

What Are Fantasy Sports?

To put it simply, they’re the fantasy counterparts to real-life sports. You assemble imaginary teams composed of real players and pit them against each other just as you would in a video game.

However, instead of playing an actual video game like FIFA, Madden NFL, or NBA 2K, those who partake in fantasy sports rely on certain websites with a fantasy sports business model for the action. Once everyone assembles their respective teams, the action starts based on what season you’re playing at that moment.

The action itself takes place quite similar to how the action takes place in real sports. Depending on how good your scouting skills are, your fantasy players will deliver on the action based on how their real counterparts have statistically performed in the field. So you won’t be needing any sharp reflexes like in video games, but rather a strategy-oriented mindset like in Poker. No wonder some of the best fantasy sports players are former poker superstars.

Not until long ago, fantasy sports were being played exactly as described above. Similar to how teams play in real life – based on seasons, leagues, and other similar factors. However, a few things have changed during these past couple of years, and it seems that a lot of people are opting for the Daily Fantasy Sports playstyle.

The main difference between these two is that the latter is played on a daily basis in the style of virtual sports. Basically, you can skip till the end of the match to see the results directly. You no longer need to wait for the match to finish. All you need to do is assemble your team and play.

Unlike virtual sports, however, you won’t see shiny graphics when playing a fantasy league. All you see is text and prompts for different actions. But at the end of the day, the results are the same: you get to see immediately if or not you’ve won and how much money you’ve won if you have also placed a bet on the match.

The Effects of the Pandemic on Fantasy Sports

It’s clear that the pandemic has affected the way people interact online and in real life. Because of it, numerous bettors who would previously flock to physical sportsbooks have taken their habit into the online medium. After all, it’s not like they had other viable options.

In any case, this context has been beneficial towards this domain because new players have come to the world of fantasy sports randomly. While betting, people have noticed that they have multiple options because of the lack of real sporting events. Similarly, virtual sports have seen a large rise in 2020. All in all, the online medium has managed to save the gambling industry as a whole, and fantasy sports were a large reason why. It’s incredible to think how an industry can evolve in such circumstances.

What are your thoughts on this subject matter? Did you understand the subject well or do you feel like we could have clarified certain aspects a tad bit more? Feel free to leave us a comment and start a discussion with our community.