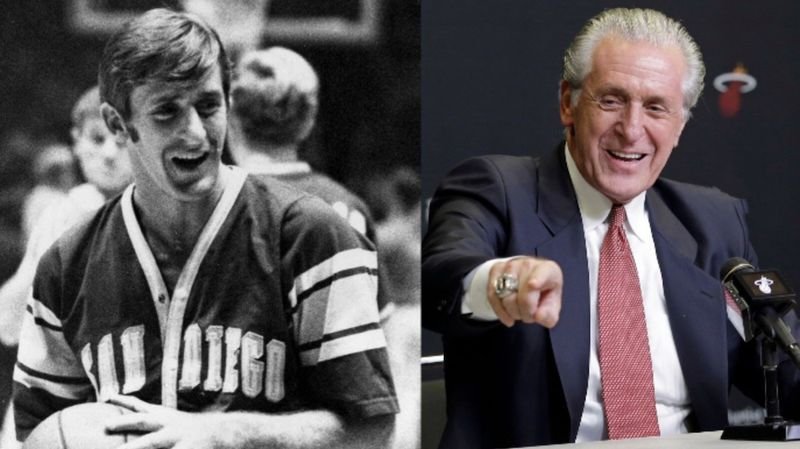 Sports executives, mostly the team presidents, CEOs, and team managers, are responsible for managing their clubsand other club departments. They have to ensure that all departments like marketing, advertising, broadcasting, and accounting don’t lag.

Although some sports executives are club owners, they still have the most significant responsibility in the club. North America has many famous clubs, each headed by a commissioner or a couch. Sports like hockey, basketball, and soccer are common here.

Eugene Melnyk is known for owning one of the famous National Hockey League teams, the Ottawa Senators. This 61-year-old Canadian businessman and sports executive purchased Ottawa Senators in 2003, together with the team’s arena, Corel Centre.

Melnyk bought the Senators at a time when the team was bankrupt. Since then, Melnyk has been working hard to see the team grow each day. Under his tenure, the Senators have celebrated the best overall record of the seven Canadian NHL franchises.

By December 2020, Forbes magazine had given Ottawa Senators a rank among the NHL’s highest valued franchises, with a $450 million value. Melnyk’s efforts have born fruits on this team, as it won a trip to the Stanley Cup finals in 2007.

Besides owning the Ottawa Senators, EugeneMelnyk is also the governor, CEO, and owner of Belleville Senators, a professional ice hockey team that plays under the American Hockey League.

Melnyk bought Belleville Senators in 2016, and at that time, the team was located in Binghamton. After the purchase, he relocated the team to Belleville, Ontario. Melnyk was also the owner of Mississauga St. Michael Majors, which he sold to Elliot Kerr.

Notably, Melnyk is also passionate about horse racing, and this Canadian businessman is the governor and owner of Melnyk’s Racing Stables. His horses have brought him victory and made him more famous by winning awards.

In February 1993, Gary Bettman was appointed as the National Hockey League’s commissioner, and he holds that position until today. Before his current work, Bettman had a top role at National Basketball Association, where he served as a senior vice president and general counsel.

The NHL’s commissioner has made an enormous difference in the league’s revenue, where it shot from $400 million to about $3 billion under his leadership. He has also expanded the league’s population, with an additional of 8 teams, increasing the number of teams to 32.

Due to his hard work and enthusiasm, Sports Business Journal named Bettman the year’s sports executive in 2014. He made it to the International Jewish Sports Hall of Fame list in 2016.

At NBA, he was serving in the marketing and legal departments. He got a promotion to the third in command, where he became the NBA’s senior vice president.

Bettman contributed to the development of the soft salary cap, a system NBA uses to date. He became the first NHL commissioner after replacing the last president of the League, Gil Stein.

Before becoming a sports executive, Cindy was a professional soccer player, where she has won Olympic medals two times and became the FIFA Women’s world cup champion in 1999. These awards made her famous.

She got elected as the executive and president of the United States Soccer Federation. Before then, she was the Portland Thorns FC leader in 2013 when they won the National Women’s Soccer League championship title. In February 2019, Parlow was elected as US Soccer’s vice president.

Parlow has held several positions in US Soccer. Among these were Medical Advisory Committee, Appeals Committee, and Youth Task Force. She became the United States Soccer Federation president after her predecessor resigned.

Cassidy is a common name in Canada. He is the coach to the National Hockey league’s best team, the Boston Bruins. Before becoming an executive. Cassidy played at Chicago Blackhawks as a defenceman. He was also the Washington Capitals’ coach.

In 1982, Cassidy registered 25 goals and 86 assists during the OHL season. He became the winner of the Memorial Cup in 1984 after scoring 12 points. Cassidy retired from the field in 1996, where he became the coach of Jacksonville Lizard Kings.

When starting with this team, it had a record of 6-12-2, which improved during his leadership to 35-29-6, with 76 points. That was a considerable improvement. He also served as the head coach of Indianapolis Ice in 1998-1999.

He has served as the coach of seven teams before becoming the Boston Bruins coach in 2016.  He has gotten the President’s Trophy award three times, with the Bruins winning the Stanley Cup and maintaining the top positions.

The National Basketball Association (NBA) is one of the most famous basketball leagues in North America, with Adam Silver as its commissioner. When he joined the NBA in 1992, he became the chief operating officer and was later promoted to be the deputy commissioner.

Silver’s predecessor, David Stern, retired in 2014, and Silver became the new commissioner. Silver has since continued being famous for the excellent leadership at NBA after making it grow economically and globally.

During the Hong Kong protests of 2019-2020, Silver was recognized for his neutral positioning of the NBA, and he received international attention.

Silver also served in the NBA entertainment when he joined the league in 1992. During this time, he was the executive producer of the IMAX movie “Michael Jordan to the Max” and the documentary “Whatever Happened to Michael Ray.”

In 2016, the Sports Business Journal ranked Silver number one on the 50 most influential sports business people. He also topped the list for the Executive of The Year, still by the same magazine.

After successfully leading the Pacers to their first playoffs, Vogel got promoted to be the team’s head coach. The Pacers got their first Central Division title in December 2013 under Vogel’s leadership, a sign he was leading well.  He later became the head coach of the Orlando Magic in 2016.

Orlando was a young team, and Vogel led it through its development. During his first year in leadership, the general manager who had hired him, Rob Hennigan, was replaced by John Hammond. That was a challenge for him.

The Magic later fired him after the 2017-2018 season, and in May 2019, he became the head coach of the famous Lakers. He set the best record in the Eastern Conference, which led him to be named the 2020 NBA All-Star Game head coach.

Most famous coaches and sports club owners did not start as coaches of the big teams they manage. Some of them were players and became famous for winning medals and titles in their respective clubs and leagues. Many other sports executives are not mentioned in this guide but have contributed a lot to North American sports.