We cannot deny the skyrocketing numbers of eSport in India, as we are home to over 1.3 billion people with a burgeoning economy. Indian market is by far the most dynamic market with an innumerable budding potential and in many countries, eSports has reached its apex.

The new Indian Market will provide the much needed mass gain and fan following, providing the eSports platforms an opportunity to thrive and engrave its roots deeper than any other market. The best esports betting sites are also of the same opinion that this market is going to continue to grow.

One roadblock that can halt the reach is the mindset of Indians towards online gaming. Online gaming has always been considered as a “time pass” or “time waste” and has been purview to negative connotation. However, with the new understanding emerging, and the advent of smartphones making games easier for the masses, that attitude has started to change.

Even when everyone was understanding what eSport platforms are there were few companies like Nodwin, JetSynthesys, FanMojo, Tencent, Youzu, Playtonia that was trying to remodelled eSports platforms for users with best gaming experience. Also, their contribution to making eSports as an investor-friendly industry cannot be unseen.

Significant eSports platforms are trying to increase their user base after seeing a soaring 300 million players, with a predicted estimate of reaching 628 million gamers by 2020. Esports platforms are also targeting other segments to garner more user-base.

Due to the availability of cheap Internet through the revolutionary move by Reliance Jio, it has made it possible for tier II and tier III audiences to dive into the booming eSport ecosystem.

As per Newzoo, India has now secured the second spot next to China in the top list of countries with most smartphone users thereby accounting for 345,916,000 users with 25.3% smartphone penetration rate.

Many analysts believe that online gaming is millennials driven; but the wide success of Fantasy Sports and PUBG has shown that the market is not just ready to engage but is also willing to spend on top quality content.

Esports embarked its steps in the year 2018

Before 2018, eSports was an alien term few of us were aware of.

Its global reach came with eSports tournaments and in 2018 India hosted three international events–ESL One Mumbai, COBX Masters, and DreamHack Delhi. Prize pools paid out from Indian tournaments saw an increase of over 180%, from just above $500K USD in 2018 to over $1.5M in 2019. Esports betting market also increased by over 300% during the same period.

In the near future, more companies will come to sponsor these games with bigger pool prizes (Nodwin Gaming, and recently Nazara technologies and Alibaba Group’s AGTech Media have invested funds in HalaPlay and Paytm First Gamer respectively).

In India, eSports deepened its steps in the year 2018, when 24-year-old “Tirth Mehta” hailing from Gujarat, created history by winning the country’s first eSports medal at Asian games, 2018. India won the bronze medal in Hearthstone, thus opening gates for many eSports platforms to enter the Indian market.

As 2018 saw the introduction of mega-tournaments happening, but it was because of the international fame garnered by DreamHack Mumbai who became the first international tournament in 2017 that fuelled this upcoming recent trend of eSport tournaments with a lucrative prize pool that had everyone talking.

Many successful tournaments like “PUBG Club Open India” were launched in India. The average viewers count for the matches was nearly 60,000. The Prize pool for PUBG Club open India event was Rs 1.20 Crores, which is USD $175000. The winner of the tournament Team Soul is going to Global Finals, which will be held in Berlin.

With the ever increasing platforms, and the prize money on offer, we can only see this market going one way in the future – gliding upwards. 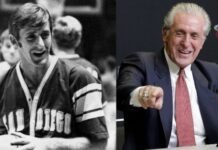 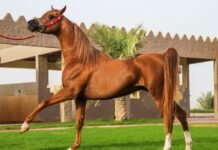 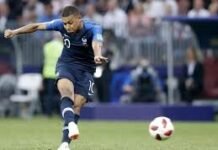