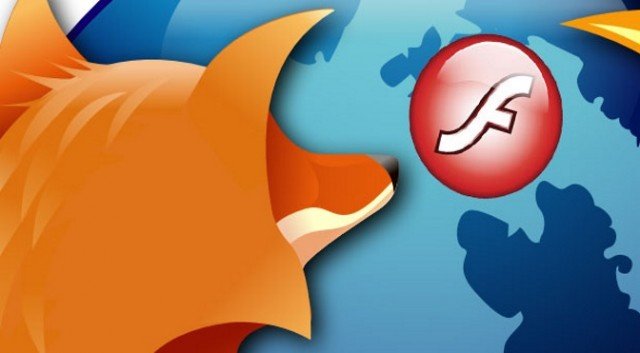 The internet has changed and evolved a lot since it started to become a popular fixture in people’s homes in the late 1990s. Those of us who have been around for a long time remember when personal websites were made in Angelfire, social networks didn’t exist, and long days in school or college could be made shorter by playing Flash games on the Newground website. Those days are long gone. Nothing stays the same online forever, and the web as a whole is a much more complicated place than it was during those innocent early years. Traces of it have still managed to survive to the present day, though, and Adobe Flash is one of them. Now, though, the time has come for Flash to take its final bow.

Once upon a time, Flash was the default way of making games work online. It went a lot further than just Newgrounds, too. When the casino industry went online, and online slots websites like KongCasino.com began to appear, the majority of early online slots were built to work in Flash. Without it, they wouldn’t function at all. Over time, that changed. Flash never worked particularly well with mobile phones – if it ever really worked at all – and so the people who designed online slots knew they had to work harder if they wanted to capitalize on players using their phones to get online. HTML5 arrived, and it became possible to create websites that appeared exactly the same on phones as they did on monitors. Online slots adapted to the new normal, and so did game developers elsewhere.

In truth, the end has been a long time coming for Flash. Its potential security vulnerabilities have been known about for a long time, and Adobe eventually recognized that no amount of patches would ever make it fully secure. Their product was developing a bad reputation by the middle of the last decade, and by 2015 it was already being blocked on some websites. Browsers didn’t take long to follow suit. Google Chrome decided that Flash would be disabled by default from 2016 onward – a decision that prompted horror in the gaming community – but the protests were short-lived. Although Google left in the option to turn Flash on if you really wanted to, very few people did. Eventually, the people who made Flash games either gave up their hobby or learned to make games in other ways, and Flash games joined MySpace in becoming things of the past – looked upon fondly, but doomed never to be revived.

Even with so many nails hammered into its coffin, Flash somehow managed to cling on into the 2020s, still operational on Microsoft Edge and Mozilla Firefox. Even at the beginning of the year, though, it was clear that its time on the internet was coming to an end. Adobe announced that it would no longer provide updates, patches, or support for Flash as of the end of December 2020. Platforms were free to continue using it if they wished, but they wouldn’t get any assistance from Adobe if anything were to go wrong. That was always likely to precipitate a mass abandonment of the product, and Mozilla has finally decided to take action. The company has just announced plans for its next three browser upgrades. Firefox 83 will begrudgingly still support Flash content. Firefox 84 will do the same. Firefox 85, which is currently scheduled for release on January 12th, 2021, will not. With Microsoft recently announcing a similar strategy for its own browsers and Google about to remove the option to turn Flash on at all, the die has been cast. After a long and glorious cyber-career, Flash is headed for the big internet graveyard in the sky.

Two primary factors are cited when developers are asked why they’ve chosen to stop using Flash. The first is the security concerns, which have existed for a long time and might have been exaggerated in some cases but have harmed consumer confidence in the plugin. The second is battery usage. The amount of power that Flash requires is irrelevant when a user connects to it through a plugged-in desktop computer or laptop, but it will chew through a phone battery faster than almost anything else you could do on such a device. This is why Steve Jobs famously banned Flash from the iPhone – which was another important step along the road to Flash’s obsolescence.

While iPhones were out of the question, there were multiple attempts to make Flash work with Android. None of them worked particularly well, and Adobe officially abandoned the mobile version of Flash in 2011, making the plugin almost irrelevant in the age of mobile browsing. As we covered earlier, any plugin that doesn’t work on mobile phones is doomed to failure in the modern era. With fewer and fewer reasons to keep Flash alive, Apple announced that it would be banished from Safari as part of the (somewhat botched) “Big Sur” release earlier this month. Microsoft even blocked it from Windows 10 in an October update, although workarounds to that block are still possible at the time of writing.

With no major browsers supporting the plugin and Adobe about to wave goodbye to their famed plugin, it’s time for all of us to pay Flash out final respects. It’s had a good run. Nobody at Macromedia could have predicted a twenty-year run for their creation when they came up with it in the late 1990s, and the internet wouldn’t be the same without it. If it hadn’t been for Flash, YouTube might never have happened at all. You won’t find it active on the world’s biggest video-sharing website today, but in those all-important early days on YouTube, Flash ran the whole show. Many people who work in computer programming as a career today learned to code in Flash long before they learned to code in any other language. We all remember the games because they were highly entertaining and, for many of us, a welcome source of entertainment during some of the best years of our lives, but Flash was more than just games. It was one of the foundation stones upon which the whole internet was built. We’re moving into a new era now, but we’ll never forget what Flash did for us.

If you still have access to a few of those old Flash games and you want to play them one more time before the chance to do so disappears forever, this would be a good time to find a Newgrounds equivalent and do it while you still can.