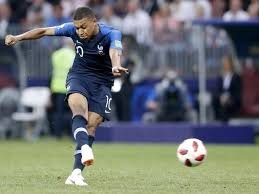 If you could attend one sporting event in the world, which would it be? Perhaps you have already managed to get to a top sports match and want to go to another big sporting event? Well, we have made a list of sporting events that earn their way onto the bucket list, so check these out for sporting competitions you must see before you die. These events have top class skill, electric atmospheres and always an opportunity to witness a special moment in history.

There is no better thrill than cheering on a horse to a camera finish win from the concourse. And what better place to do this than at the Aintree racecourse in Liverpool when watching the famous Grand National race. The national hunt (steeplechase) race sees jockeys and horses alike hop over 30 jumps against 39 other competitors in a bid to get their hands on that prize money. The festival itself sees those attending dressed up to the nines with fascinators and suits commonplace, and a large flow of alcoholic beverages brewing consumed. The atmosphere created at this race is worthy of a place on any sports fan bucket list. Unlike other sports, sports betting is huge in horse racing so it’s worth sticking a few quid on some horses with Timeform, in the hope of a winner!

From the pool to the track, the Olympics has quite literally, something for everyone. The diversity of sports alongside the incorporation of the host countries culture into the games is something that you absolutely cannot miss. Every 4 years the host country puts on quite the display to ‘wow’ visitors. From the opening ceremony to the closing one, and the two weeks in between the atmosphere in the host country is mesmerising. Not only does it include more mainstream sports like basketball, tennis and football but this wonderful sporting event displays all sorts of more obscure events that people would maybe not follow but find themselves engrossed in when the olympics is on. Not only do you get the chance to see some specific track and field events or tight swimming splashes, but you always have the chance of witnessing record breaking moments – this alone warrants a special place on this list. If you are a true sports fan, you absolutely have to have the Olympics on your bucket list.

Fans from around the world dream and gather to support their team in the biggest competition worldwide. The FIFA world cup touches every corner of the world and the fans who follow their team are rowdy, passionate and loyal. It is precisely that which makes the world cup so special. Providing more of a festival vibe than a football match feeling, the tournament pits countries against each other on the field and mixes cultures off the field. It is impossible to witness the raw energy that this special competition provides from the sofa, you really need to see it with your own eyes. When gameday comes the beer flows, the tunes are sung and fans unite both foes and friends to have one big party before spectating the game and supporting your country to victory. The chants and atmosphere within the stands can sometimes be beaten by the dynamic party outside the stadiums.

You have more than likely stayed up till the crack of dawn or been at a party for the Superbowl. The championship game of American football is a spectacle in itself wherever you may be watching it. You don’t even need to be a supporter of the teams in the final to be honest. The week trip to the host city alone is worthy of a place in this list. The city will be putting on a show from cuisine to attractions. A big party that ends with the main event on Sunday. Entertainment throughout and a huge half-time show, and that’s all before we have even watched any sport. Of course the game is bound to throw some serious sporting excellence at the supporters but it is the event itself which should pit the Superbowl in your sporting bucket list.

Not only can you incorporate a lovely holiday in the sunny countryside of France, but you can also witness the greatest bicycle ride in the world. The Tour De France combines a glorious holiday destination with a class sporting event and plays host to fans from across the world. You can base your entire holiday around the event and get out to line the streets to cheer on the riders. There’s no sporting event quite like it.

What about getting to view the oldest and best auto racing competition in the world from the luxury of your hotel balcony? If this sounds good to you the Monaco Grand Prix is where your next stop needs to be. With a track winding through the tight streets of the glamorous streets in the Mediterranean haven you can sip on champagne and cheer from a well placed hotel room. Of course there are stands down by the Monte Carlo harbour but why not pick a good hotel that is on the course to spectate this unbelievable race unfold. It is a tad expensive, do bear that in mind. After all this is a place famed for its royalty and celebrity attendees.

It is notoriously hard to secure a ticket for the Masters. But everyone who has done, says it is the best atmosphere they have ever witnessed. Many would disregard golfing as being too boring to even go see it live but the cheap beer, mystical courses and scintillating atmosphere on the courses stick this tournament right in amongst the sporting event bucket list. You might face some strict rules about not running or being silent, but at the end of the day watching these athletes stroke in birdies and race to grab that famous green jacket is certainly worth it.