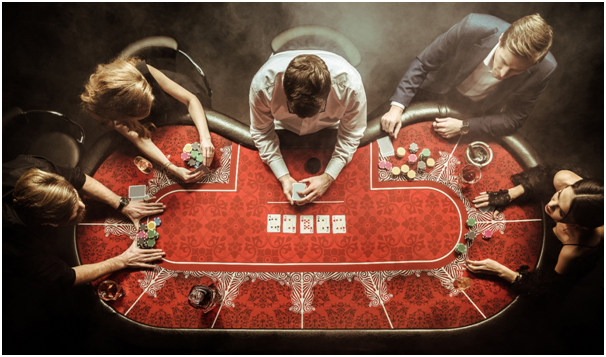 Poker, in its most primitive form, is one of the oldest games to ever grace the casino. Loved by so many, and reaching all corners of the world, there are now so many ways to get your Poker fix; whether that’s with Karamba live casino gaming or down at your local brick-and-mortar location – there’s a way to play that’ll suit everyone’s needs.

But, that’s not where the fun ends. You can also find Poker incorporated into our favourite films and tv programmes, for a whole number of plot-driven and cinematic reasons. A game of chance and bluffing, Poker lends itself to the drama. Read on to find out more.

The exact origins of Poker are slightly unclear, although it is thought to have begun in the 16th century, originating from a Persian card game known as AsNas. From there, the game was taught to French settlers in New Orleans, and continue to passed on by the hands of Persian sailors. This game was played as a modern five card stud with 25 cards consisting of five different suits – with landing three-of-a-kind being one of the best hands available.

When the game hit America, this is when the popularity of Poker truly took off, finding its way through towns via cargo steamboats, before gambling was eventually legalised. The rules were also adapted, introducing the addition of a community card and other variants of the game.

Back to the movies

Poker makes an appearance in several of our favourite films, celebrating the classic game and adding an extra layer of tension to many iconic scenes. Let’s take a look…

This film details prison life in a Floridian camp, following the protagonist Luke as he refuses to submit to the rules of the system. Throughout his time in the prison, Luke continues to operate with an undeniably suave personality, exercising his powers of deception at every turn. By doing this, he earns the respect of his fellow prisoners and builds a name for himself.

But where does Poker come in? Well, as part of his acts of deception, Luke conducts a game of Poker, of which he guarantees he will win. Here we see a perfect example of bluffing – a practice that is essentially the act of utter confidence in your hand, no matter the actual quality of your cards. The idea is to intimidate your opponents into choosing to fold, for fear of losing to your allegedly strong hand. Although this practice isn’t illegal, it can sometimes be frowned upon and, of course, isn’t really possible when playing online.

There’s one thing that we all know about James Bond, and that’s his intense love for all things casino. He often chooses to conduct his showdowns over a table top game, not only prevailing over evil, but also showing off his gaming skills.

In Casino Royale, the second Poker scene shows a high-stake game of Texas Hold’em between 007 and the terrifying villain Le Chiffre. With plenty of tension, bluffing and even more fighting talk, viewers get to watch as the game unfolds and Bond eventually emerges as the winner.

Sports Betting Odds: How to Deal with Them?