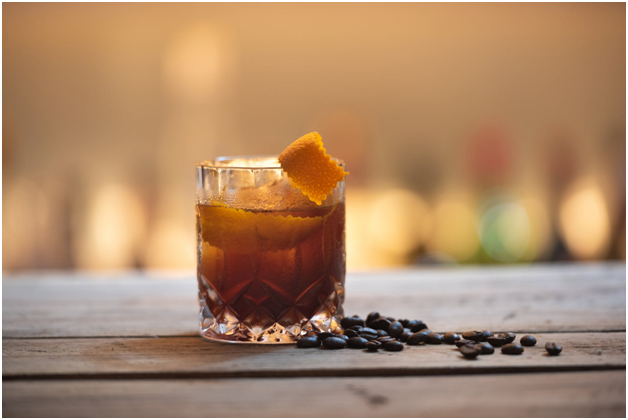 The Dead Man’s Fingers range of flavoured rum has proven to be a huge hit with Aussie rum drinkers. There are numerous different flavours in the DMF range and the exciting news is, you can practically mix Dead Man’s Fingers rum with just about anything to make some of the most delicious cocktails you’ve ever had the pleasure of tasting. DMF is perfect for cocktail making experimentation or you can simply drink it on its own.

#1 – You Can Make Delicious Cocktails

Coconut flavoured rum makes for the perfect addition to those summery cocktail blends. You can make a DMF recipe for a Chilli Frostbite, which includes DMF Coconut Rum, apple juice, lime juice, honey and chilli.

Alternatively, you could shake up a tasty White Russian cocktail with the addition of Dead Man’s Fingers Coconut Rum, or a Pina Colada.

Best of all though, is you can simply experiment and create your very own cocktails. Which leads into the next point.

Next time you have a party, set up a table – either indoors or outdoors – arrange a variety of mixers and utensils on the table, along with several bottles of Dead Man’s Fingers Coconut Rum and some other spirits.

The idea is to encourage everyone to have a turn at creating their very own cocktail or unique drink, but insisting that it must contain some DMF Coconut Rum. Everyone will have a lot of fun doing this and you just might discover that you have a few cocktail wizards in your group.

#3 – You Can Mix It With Other DMF Flavoured Rum

The really cool thing about the Dead Man’s Fingers range of flavoured rum is that you can generally mix many of them together to create some truly tongue-tantalising drinks. For example, DMF Coconut Rum tastes amazing when blended with DMF Pineapple Rum. That’s just one example.

Dead Man’s Fingers also has a delicious coffee flavoured rum which also goes quite well with the DMF Coconut Rum. Just experiment and see what you think.

If you enjoy a sweet taste to your flavoured rum, then try mixing some coconut rum with lemonade. It makes for a very refreshing drink on a hot summer’s day, especially if you also add a little lime juice to add a bit of zing.

Adding typical summer flavours such as fresh pineapple juice blends exquisitely with coconut rum. You can even mix things up more by adding a blend of citrus juices for a nice sweet and sour taste, such as lemon, orange and lime all blended together.

What you can mix with DMF Coconut Rum is really only limited by your imagination.

#5 – Dead Man’s Fingers Coconut Rum Is Not TOO Sweet

If you want to purchase coconut rum in Australia, you won’t be short of options. The Dead Man’s Fingers range is available in numerous bottle shops, as well as online liquor and home delivery stores.

To discover how you can get your hands on some DMF Flavoured Rum and coconut rum in your area, just go online and do a search for Dead Man’s Fingers Coconut Rum and include your location in the search.

DMF Coconut Rum is one of the yummiest and most versatile alcoholic drinks on the market today, so buy a bottle and try inventing your very own delicious cocktails.

A Brief Overview Of Delta 8 Carts

Are You Afraid of Intimacy?

Promoting Wellness While Working From Home