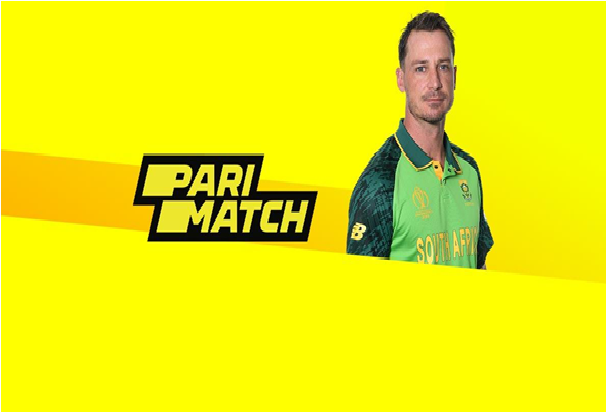 Ivan Liashenko, Parimatch Chief Marketing Officer commented, “We are proud that the first cricket representative has also joined the ranks of our ambassadors. This will definitely strengthen our brand for partners in Africa and the United Kingdom. I am confident that even more people will be able to enjoy our entertainment solutions.”

The event marked the bookmaker’s first-ever cricketing association with an 18-month agreement deal with Steyn. The collaboration with the renowned cricketer will take Parimatch to new heights and help expand its betting market in countries like South Africa and the United Kingdom.

Who is Dale Willem Steyn?

Dale Willem Steyn, popularly known as the “Steyn Gun,” is often considered one of the greatest bowlers of all time. The 37-year-old renowned bowler is widely respected. He has nearly 700 international wickets to his name. He made history by taking 439 Test Match wickets, which are the most by a South African cricketer in that format.

The pace bowler has an aggressive presence on the field and delivers balls with a combination of controlled swing and extreme speed, which is quite rare. His fastest delivery reached a speed of 156.7 km/h in the IPL 2010, in the match of Royal Challengers Bangalore and Kolkata Knight Riders.

Steyn debuted in cricket with the 2004 Test series in which he managed just eight wickets at 52 in six games against England. He was then dropped.

He wreaked havoc in his ODI international debut in 2005. By 2014, Steyn had named more than 100 wickets for himself.

He further gave a robust performance against India in the 2011 ICC Cricket World Cup, where he was admired for his match-winning 5-55 against India. The bowler also took more than 400 Test wickets at an average of 22.8, thus, making a record.

Steyn had begun his IPL career in 2008 and played for Royal Challengers Bangalore in IPL 2020. He played three matches for the team last season and took one wicket. He was released by the franchise ahead of IPL 2021 auctions after declaring his unavailability for the IPL 2021.

Parimatch has always been associated with some top sportspersons in the past as well. Its team of brand ambassadors includes legendary boxer Mike Tyson, MMA superstar Conor McGregor, Shevchenko sisters, and UFC fighters Alexey Oleynik and Petr Yan. The betting platform has also collaborated with several sporting organizations such as La Liga and football clubs like Juventus, Leicester City, and Everton.

The Ins and Outs of Fantasy Sports