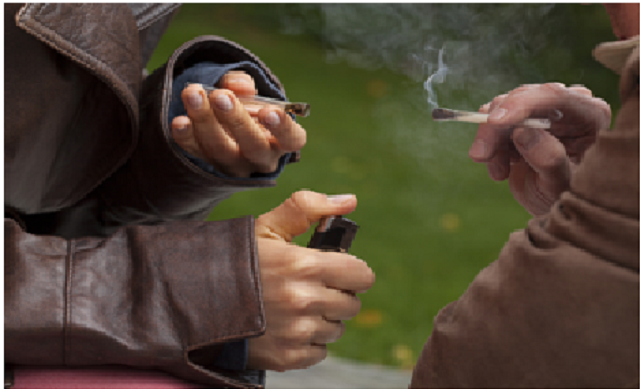 When cannabis was illegal everywhere, many parents found it much easier to talk to their teens about cannabis consumption. No parent supports participation in criminal activity, especially if that activity is dangerous to their child’s health and wellbeing. As a result, most households simply let the law manage their kid’s perception of pot, and some had conversations specifically forbidding cannabis consumption — at least until the kid was out of the house.

However, as cannabis regulations loosen around the country, more kids and teens are seeing cannabis consumption in their everyday lives. Though every state maintains a minimum age of purchase and possession of 21 years, teens tend to have easier access to weed than they did when cannabis bans were in place.

Unfortunately, cannabis remains as dangerous to kids as ever. THC is considered a developmental neurotoxin, which means developing brains can suffer serious and long-term side effects from repeated exposure to cannabis. Though weed doesn’t kill brain cells — that myth was debunked decades ago — it can forever change the structure of a young person’s brain.

Whether you use bud to unwind as a parent or you want to be sure your kid has a mature and responsible outlook on weed as they grow up, you need to have a family talk about cannabis. Here’s how.

Introduce the Idea of Cannabis

Even if you never bring up the issue of cannabis with your kids, your kids will eventually learn about weed. Unfortunately, there is no telling where, when or how their introduction to weed will occur; it could be in the classroom, with a knowledgeable, responsible and trustworthy adult figure, or online via a reputable resource like New York Observer, but more likely it will be with kids their age or just slightly older, who don’t know anything about using the drug safely or the risks involved.

If you introduce the concept of cannabis to your kids, you have more control over what they know, which means you get to shape their perspective on the drug at least initially. As early as you deem appropriate — usually around the tween years — you should start talking about all substances, to include alcohol, cannabis and narcotics, so your kids know they can turn to you with questions or concerns about these issues.

Know It Is a Conversation, Not a Proclamation

A common problem parents run into when talking about weed is that they make a decree, like “No child of mine will use cannabis,” and expect their kids to follow that decree without question. Instead, you should recognize that your children have wills of their own, and any unwillingness to talk about cannabis with your kids will likely drive them to find answers elsewhere or try the drug without any understanding about it.

When you talk to your kids about any substance, but especially an accessible one like cannabis, you should try to approach it like a conversation. You can provide facts and experiences from your own life, and your children will ask questions and explain what they already know. This strategy is much more conducive to keeping communication about cannabis open, so your kids are more likely to tell you when they come into contact with weed as they grow up.

Though you want to participate in a dialogue when informing your child about cannabis, you shouldn’t shy away from telling your children what you expect regarding their cannabis consumption. During your conversation, you should let your kids know how you feel about them potentially using cannabis, either inside or outside your home. As best you can, you should let them know how you will react if you find out they are consuming weed, especially if you are staunchly against underage cannabis use. Then, they have a better understanding of the interpersonal risks of trying the drug.

Be Honest About Your Cannabis Use

Though a stigma remains around cannabis consumption, parents shouldn’t feel bad about using weed, regardless of whether it is to treat a medical condition or to unwind after a long, hard week. However, parents do need to be careful about when and how they use, especially while their children are young and require more care and attention.

As children get older and more cognizant of their parents’ behavior, it is all but impossible to hide a cannabis habit. Thus, it is imperative that you are honest about your own past with pot when you have the cannabis conversation with your kids. You might explain that you regularly visit a Rockville dispensary to purchase medical marijuana for the treatment of a chronic health condition, or that you used weed recreationally quite a bit as a young adult but less now that you are older. You shouldn’t be afraid of your child using your cannabis history against you; the more you treat them with respect, the more they will return the favor.

Your child deserves to know the truth about weed, and they are most likely to get the truth from you. You should develop a plan for talking to your kids about cannabis, so they are more confident and comfortable with the drug into the future.